Valium May Be Useless for Acute Lower Back Pain 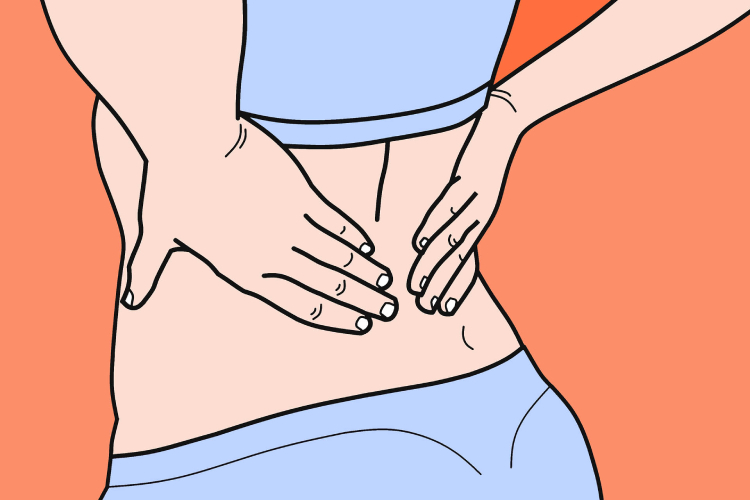 For decades, emergency room staff often gave Valium to patients for an acute bout of bad lower back pain.

But a new head-to-head trial in an ER environment casts doubt on the notion that Valium or potent painkillers can really help.

As reported Feb. 22 in the Annals of Emergency Medicine, the trial found that Aleve (naproxen) and a “dummy” placebo pill were as effective as naproxen plus Valium (diazepam) in treating ER patients with acute lower back pain.

“Our study contributes to the growing body of literature indicating that, in general, most medications do not improve acute lower back pain,” lead researcher Dr. Benjamin Friedman, of the Albert Einstein College of Medicine in New York City, said in a journal news release.

“One week after being discharged from the emergency department, lower back pain patients had improved equally, regardless of whether they were treated with naproxen and diazepam or naproxen and placebo,” Friedman said. “By three months after visiting the emergency department, most patients had recovered completely, regardless of what treatment they received.”

The new findings are in tune with guidelines issued Feb. 13 by the American College of Physicians. That group also strongly recommends that people with low back pain try drug-free remedies—from simple heat wraps to physical therapy—before resorting to medication. And if medications are used, patients should stick to milder painkillers such as naproxen or ibuprofen, or muscle relaxants.

“Low back pain is one of the top reasons that people visit emergency departments, accounting for about 2.7 million ED visits per year nationally,” said Dr. Eric Cruzen. He directs emergency medicine at Lenox Health Greenwich Village, in New York City.

“Despite how common this complaint is, there has never been much agreement on the most effective treatment,” Cruzen said. The new findings “suggest that providers should consider other options for the treatment of non-traumatic low back pain,” he added.

After one week, moderate or severe back pain was still reported by 31.5 percent of patients in the Valium group and about 22 percent of those in the placebo group.

After three months, the rates were 12 percent and 9 percent, respectively, the researchers found.

“Millions of patients come to the ER every year seeking relief for back pain, which can be debilitating,” Friedman said. “Unfortunately, we have yet to come up with the silver bullet in pill form that helps them. If anything, we may be overmedicating these patients.”

Overmedication—especially when potentially addictive drugs such as opioids or benzodiazepines are used—comes with its own dangers, Cruzen said. Valium is a benzodiazepine.

“Since benzodiazepines are controlled substances secondary to their addiction and abuse potential, they should only be given if they actually help the patient’s condition,” Cruzen said.

Dr. Robert Duarte directs Northwell Health’s Pain Center in Great Neck, N.Y. He reviewed the study and said it did have some limitations—for example, people with a pre-existing history of back pain or sciatica weren’t included in the trial, and the study didn’t test the effectiveness of Valium on its own (without naproxen).

Nevertheless, Duarte agreed that the study seems to give more weight to the notion that Valium is of little use in these cases.

“This study helps to further support the fact that diazepam or any benzodiazepines should not be considered an initial option for patients for acute back pain,” he said.